Giuseppe Andaloro is considered one of the most appreciated artists of his generation.

Born in Palermo in 1982, he started a passionate and intense concert activity at a very young age, carrying out a wide repertoire which ranges from Renaissance to modern and contemporary music. His arrangement for two pianos and two cellos of Stravinsky’s “Rite of Spring” has received critical acclaim and sold out from the evening of premiere.

First Prize Winner in some of the most prestigious international piano competitions – such as “Ferruccio Busoni” in Bolzano, London  Piano Competition, Porto, Sendai, Hong Kong – in 2005 he was praised for artistic merit by the Italian Ministry for Heritage and Cultural Activities. 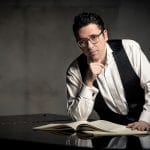 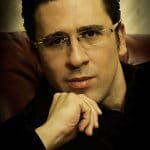 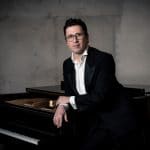 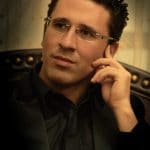 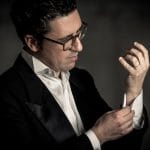 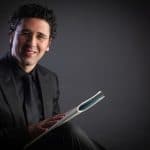 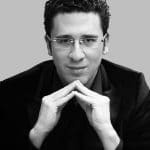 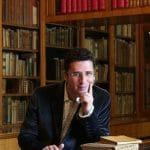 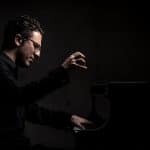 "I had the opportunity to listen to the young pianist Giuseppe Andaloro in Bolzano, on the occasion of the International Ferruccio Busoni Competition, and I was immediately struck by his great sensitivity and his serious preparation. His extraordinary qualities, his intelligence and his musical taste allow him to make very personal and fascinating interpretative choices. He deserved his first prize at the Busoni. I am happy to present him at the MusicAmuseo Festival in Ancona, wishing him a great career full of successes".

"An unparalleled 'star'. We will hear a lot and for a long time about this pianist who ... gave an absolutely superlative concert - it seemed as if the piano was a new instrument. It never seemed to possess such sonority, not even when played by the great names of the international scene. It is as if the young man had a secret knowledge of the piano, capable of drawing from the instrument a multiplicity of timbres and dynamics never heard before. It is as if his fingers knew how to control the keys to perfection, to touch them magically, so as to forge exactly - with that particular weight or gesture or light touch - "that" particular, precise and unprecedented sound".

"...Golden hands, technical facility, an iron memory. And then a lot of musicality..."

"...authentic artist, a musician who amazes for his technical control and moves, with an original musicality, without academic artifice."

"All in line for Andaloro ... the important thing is to throw himself into music through his instrument which he loves madly. And as someone who is deeply in love with him, he allows himself everything, he cannot resist. And he also obtains significant and sometimes exciting responses. Just as a deep and enthusiastic dive into the sea produces a lot of foam, so the notes of Giuseppe Andaloro's piano come like splashes that absolutely flood the listener."

"Great Andaloro in Ligeti's Etudes. He interpreted the four movements of the Haendelian Suite with lightness and delicacy, qualities which then reappeared in the three movements of the Haydn Sonata, performed with an elegant touch in the manner of Michelangeli.

...The concert pianist's personality really came to the fore with Ligeti's Etudes ('Desordre', 'Cordes vides', 'Arc en ciel'): above all in the extremely difficult and exciting first of the three, but also in the Debussy-like second and in the colourless third, revealing another outclass of contemporary pianism, confirmed in the interpretation of Messiaen's Prelude no. 8...".

“A Champion in the Sala Piatti. Expressive and elegant Andaloro "

"The piano genius of Andaloro"

- Alto Adige
Company
READ ALL THE ARTICLES
DOWNLOAD THE PRESSKIT

This website uses cookies to improve your experience while you navigate through the website. Out of these, the cookies that are categorized as necessary are stored on your browser as they are essential for the working of basic functionalities of the website. We also use third-party cookies that help us analyze and understand how you use this website. These cookies will be stored in your browser only with your consent. You also have the option to opt-out of these cookies. But opting out of some of these cookies may affect your browsing experience.
SAVE & ACCEPT